A big, bold Civilian Climate Corps (CCC), utilizing the power of national service, has the potential to address the critical issue of climate change while bringing young people together in common purpose. We are advocating for a $30 billion CCC that is equitable, engages diverse Americans, builds more resilient communities, and puts young people on pathways to good-paying climate jobs. Our vision is to make national service part of growing up in America. To achieve this, any investment in the CCC must increase the living allowance and benefits for all national service programs to ensure the opportunity to serve is accessible to all young people.

Join us today in telling Congress that AmeriCorps and Department of Labor climate resilience and mitigation projects for communities experiencing the worst effects of climate change, disasters, and environmental injustice must be included in any final package.

We need your help now to ensure Congress follows through on their commitment to this critical piece of our national strategy to address the effects of climate change and increasing natural disasters.

(Even if you took action before — we still need your help to get the CCC across the finish line!) 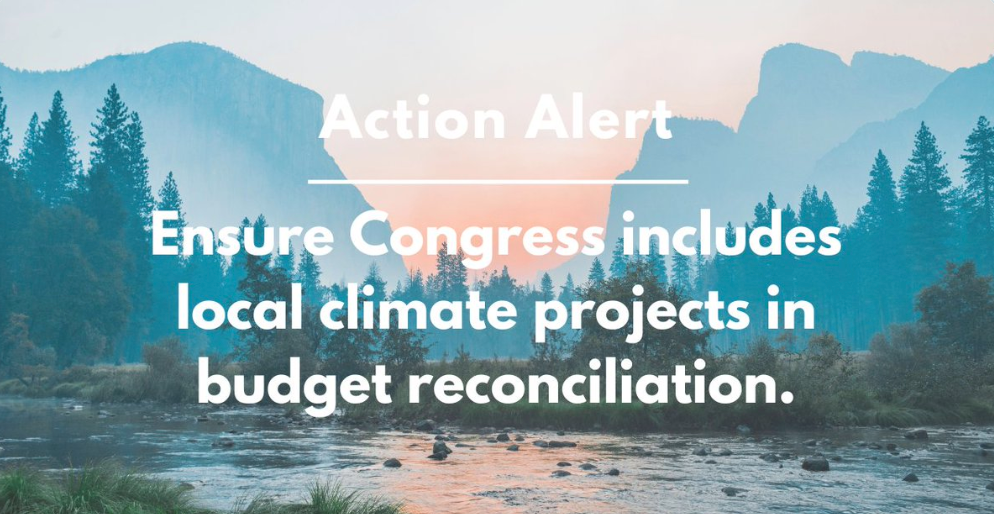 National service is a tool that can engage hundreds of thousands of Americans in addressing climate change, while serving their country, and building skills necessary for high-demand climate jobs. We need to build a CCC from a place of strength, incorporate new benefits to meet the challenges our nation is facing, and engage a diverse group of rural and urban youth all while maintaining a locally driven approach that is responsive to local needs and provides pathways to growing, and good paying, careers.

The following principles are critical in the development of a new Civilian Climate Corps:

Read more about these CCC principles and our corresponding policy recommendations in our joint proposal for the CCC with America's Service Commissions.

Congressional Support for the CCC

Service Year Alliance submitted testimonies with ASC based on our shared vision for the CCC to the Bicameral Senate Climate Change Task Force discussion on Civilian Climate Corps proposals and the House Natural Resources Subcommittee on National Parks, Forests, and Public Lands Hearing Examining the Potential for a Civilian Climate Corps.

We are also fortunate to have the support of members of Congress — led by Rep. Neguse (D-CO), Senators Chris Coons (D-DE), Ed Markey (D-MA), Ron Wyden (D-OR), and Representatives Ocasio-Cortez (D-NY), Judy Chu (D-CA), Marcy Kaptur (D-OH), and Bobby Rush (D-IL)  and supported by Senator Schumer (D-NY) and others — calling for many of the same principles for the CCC that we submitted to congressional committees and task forces.

We were proud to join 120+ organizations in calling on Senator Schumer and Speaker Pelosi to invest $30B in a CCC. Congress has the opportunity to mobilize a generation of young people to serve their communities and tackle the climate crisis while developing the skills they need to succeed in a 21st century economy through the CCC.

The letter brings together conservation, labor, youth, and national service organizations as well as racial, economic, and climate justice movements in support of the CCC.

"A modern-day CCC — one that engages diverse Americans, prioritizes resources in underserved communities and puts youth on pathways to jobs and successful futures — can mobilize a generation of young people in the highest-stakes fight of our age. By developing today’s CCC as an interagency program built upon the existing AmeriCorps infrastructure, this idea could become reality quickly and cost-effectively."