As the 2020 presidential election heats up, candidates are calling for national service on the campaign trail. From bridging divides to making college more affordable, presidential candidates are recognizing the benefits of expanding opportunities for young Americans to serve.

Pete Buttigieg has called for national service while on the campaign trail — both on MSNBC's Rachel Maddow Show and on MSNBC's Morning Joe. He has said, "We really want to talk about the threat to social cohesion that helps characterize this presidency but also just this era. One thing we could do that would change that would be to make it, if not legally obligatory, but certainly a social norm that anybody after they're 18 spends a year in national service." 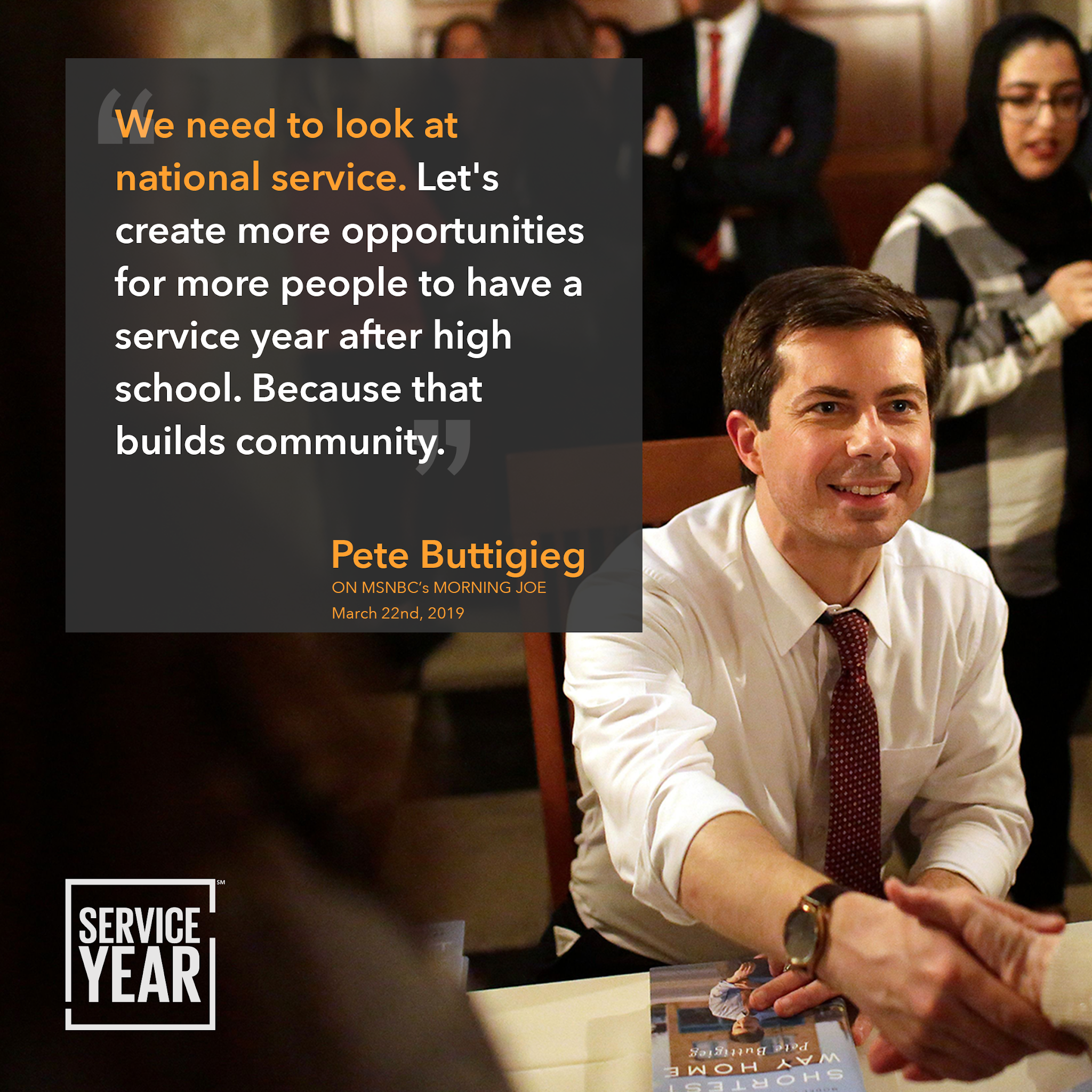 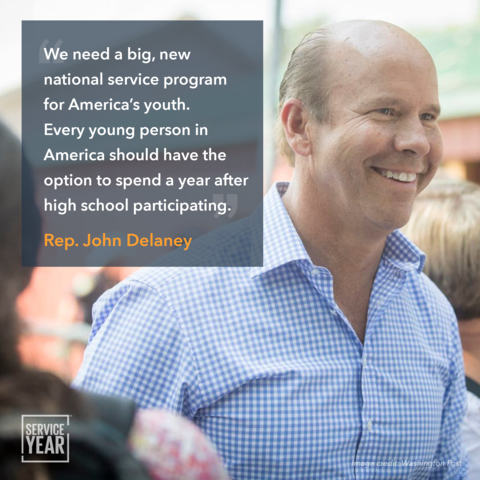 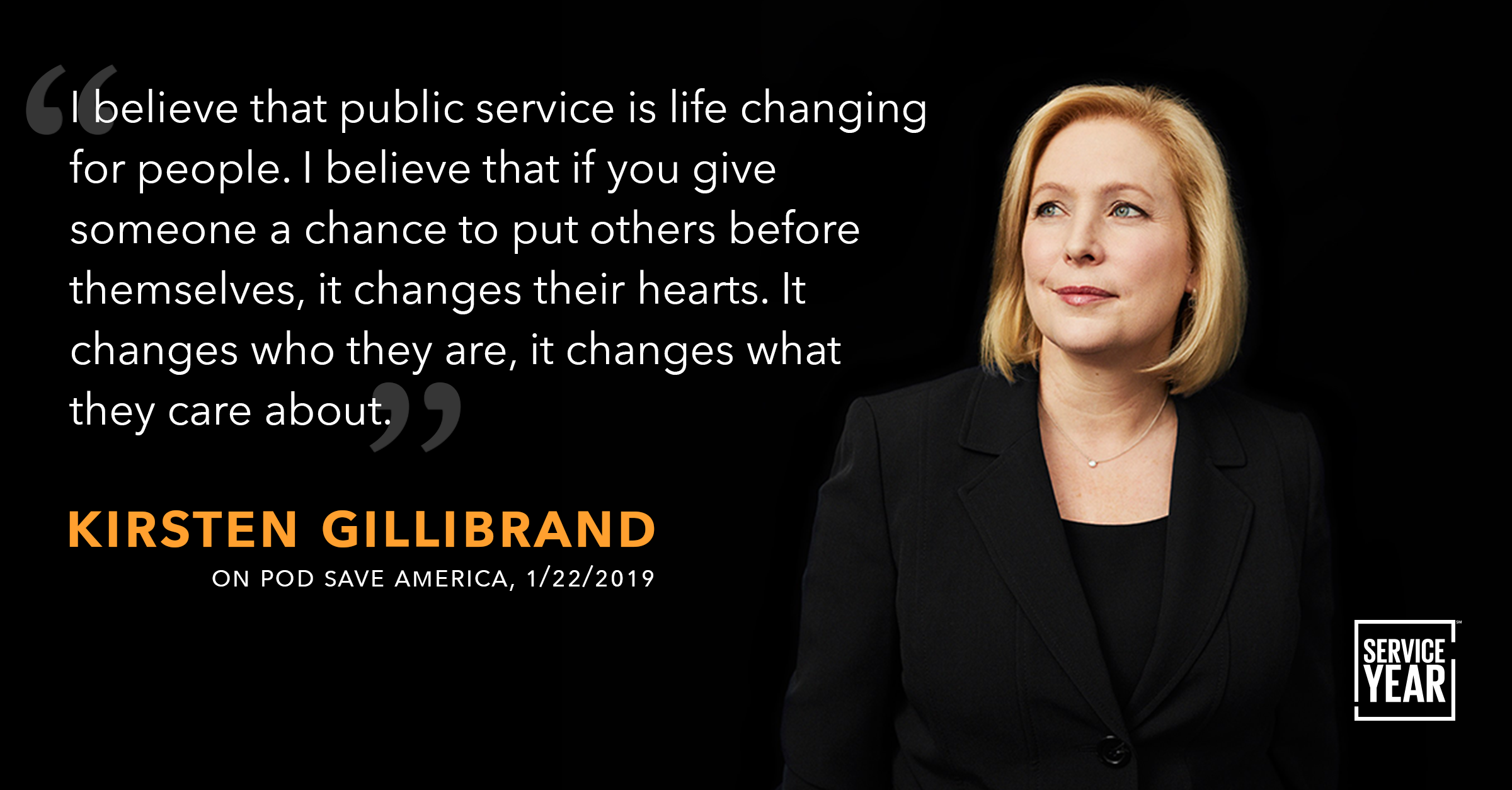 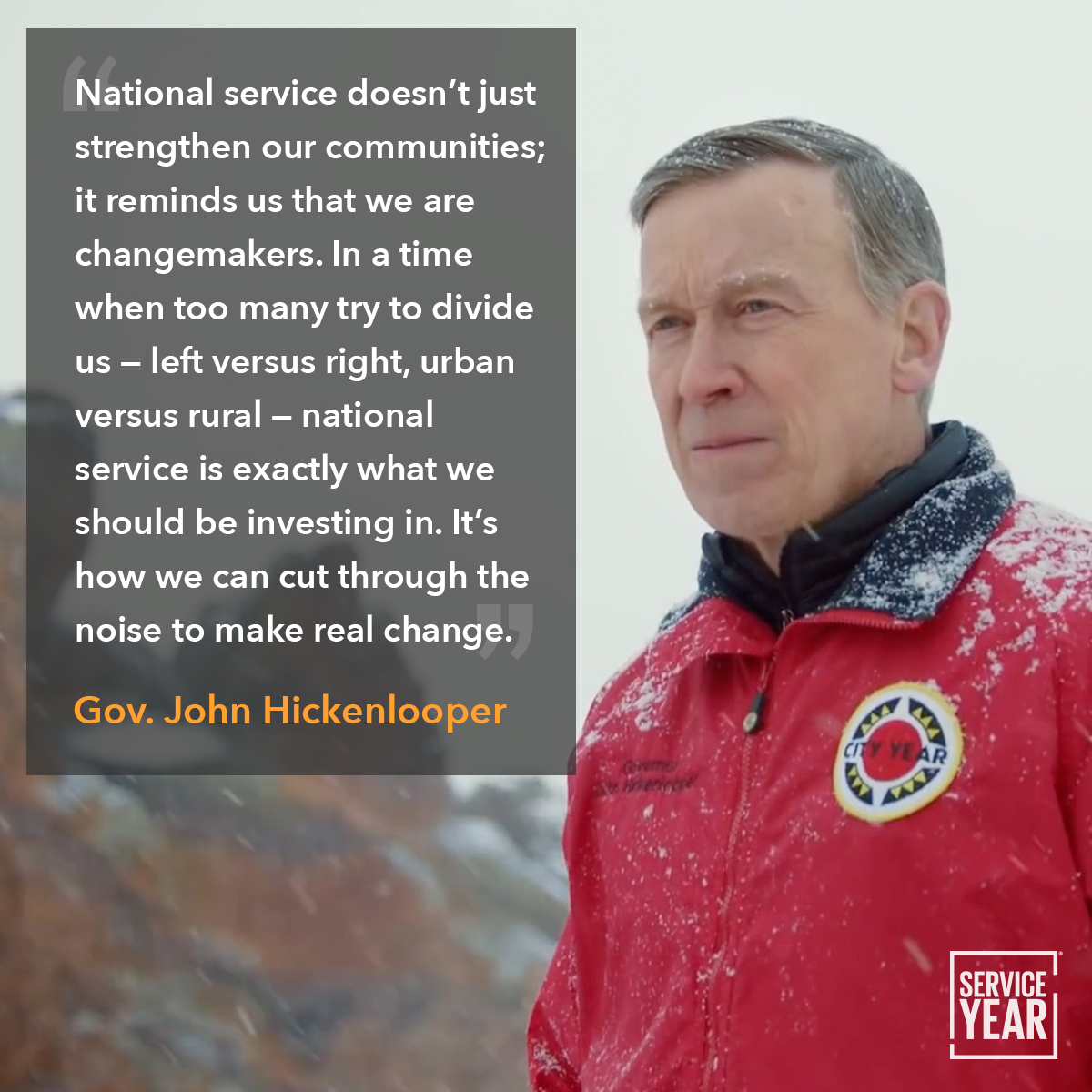 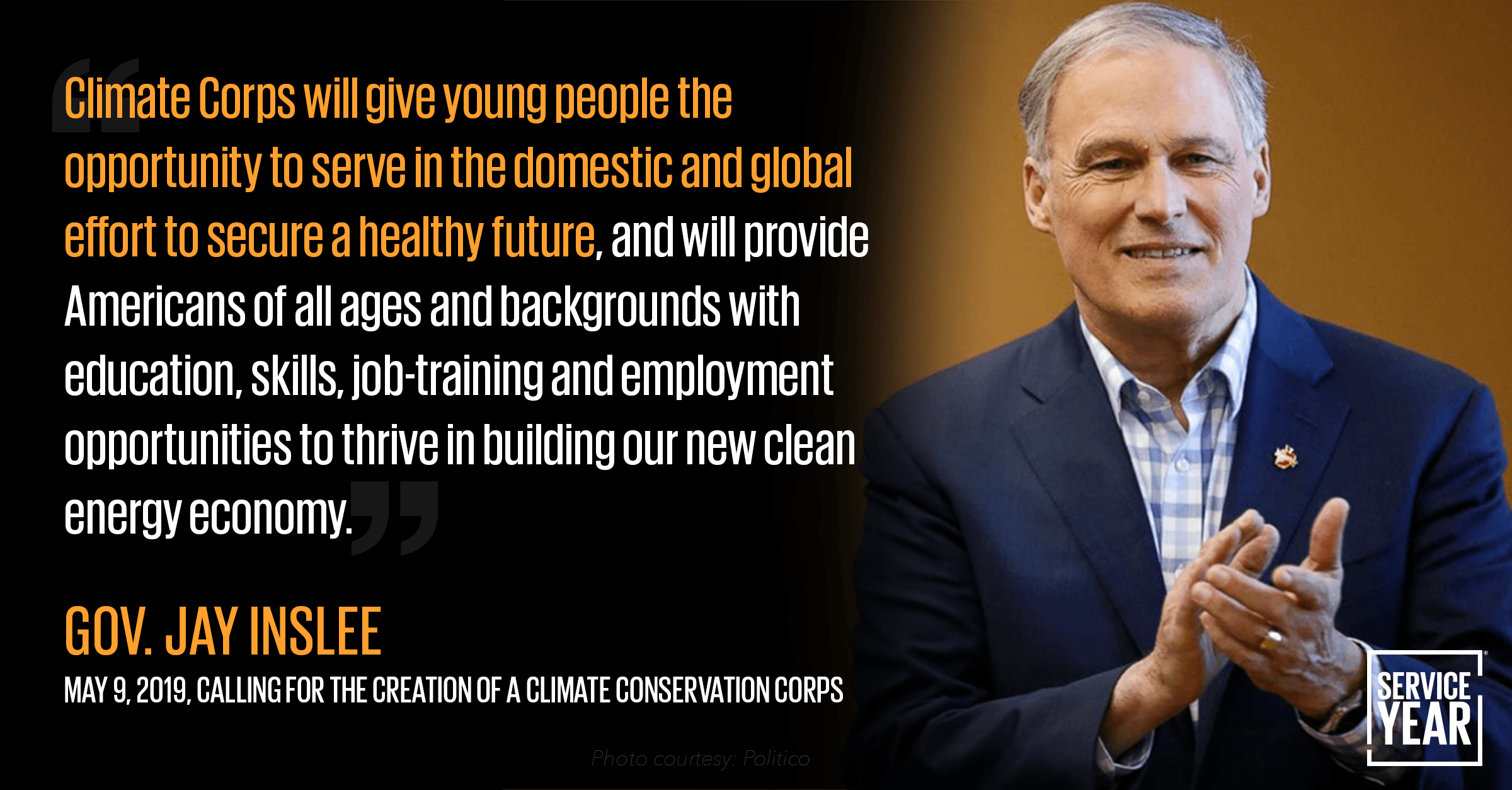 Amy Klobuchar released her national service policy to create more opportunities for all Americans to serve their country and their community. Her plan calls for investing in AmeriCorps, a Climate Civilian Conservation Corps, and the Peace Corps; creating a part-time volunteer national service program; and fixing and expanding the Public Service Loan Forgiveness program. To pay for these investments, Senator Klobuchar says she will pass bipartisan legislation that she has introduced in the Senate to reduce single use drug waste.

Seth Moulton released a national service policy proposal that expands on national service programs in the U.S. to reach 33.4 million young people ages 17-24. He calls for the creation of a Federal Green Corps to focus on climate change and wants to rename the current Corporation for National and Community Service as the "National and Community Service Administration" and make the head of the agency a cabinet level position. 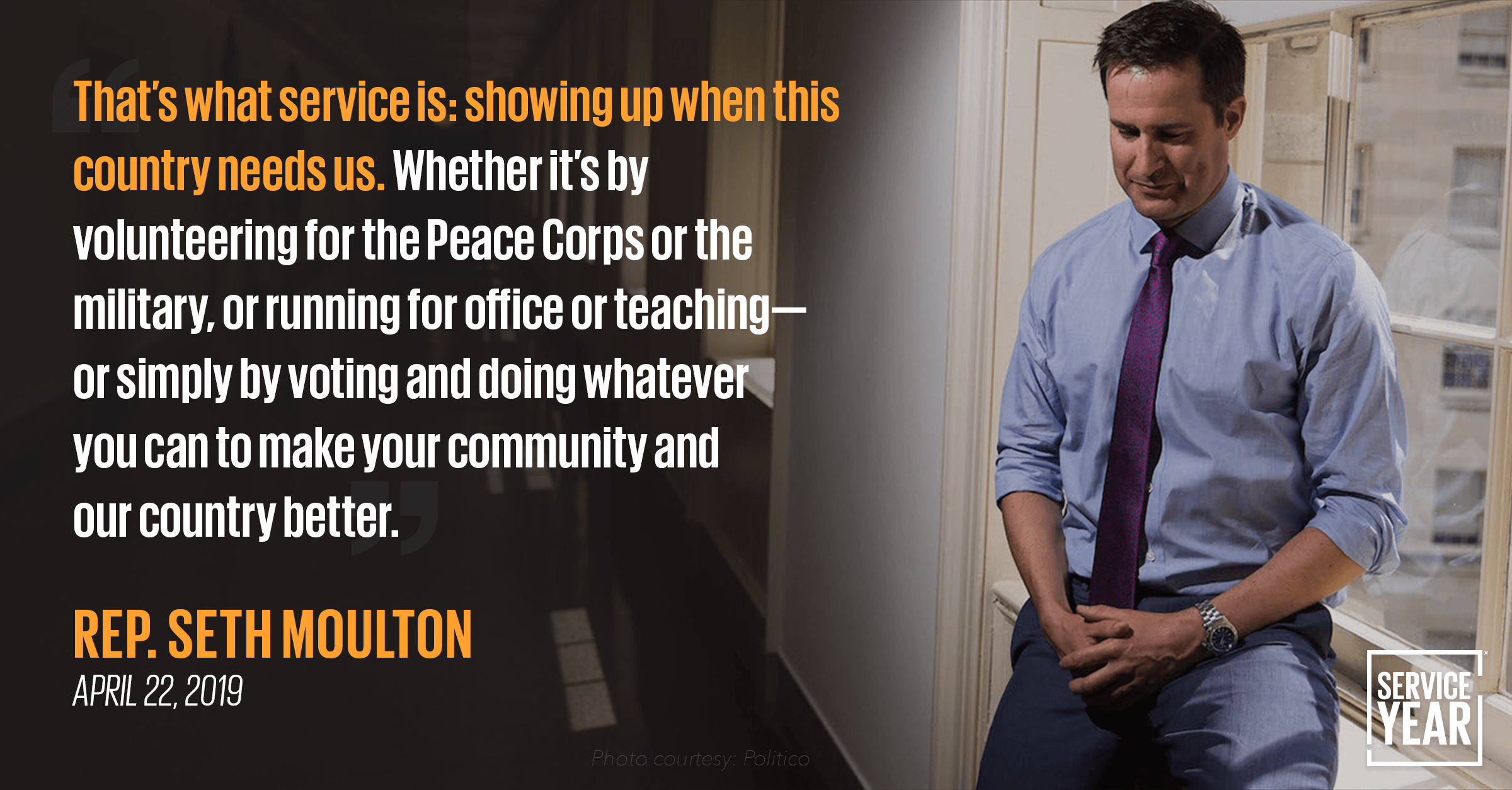 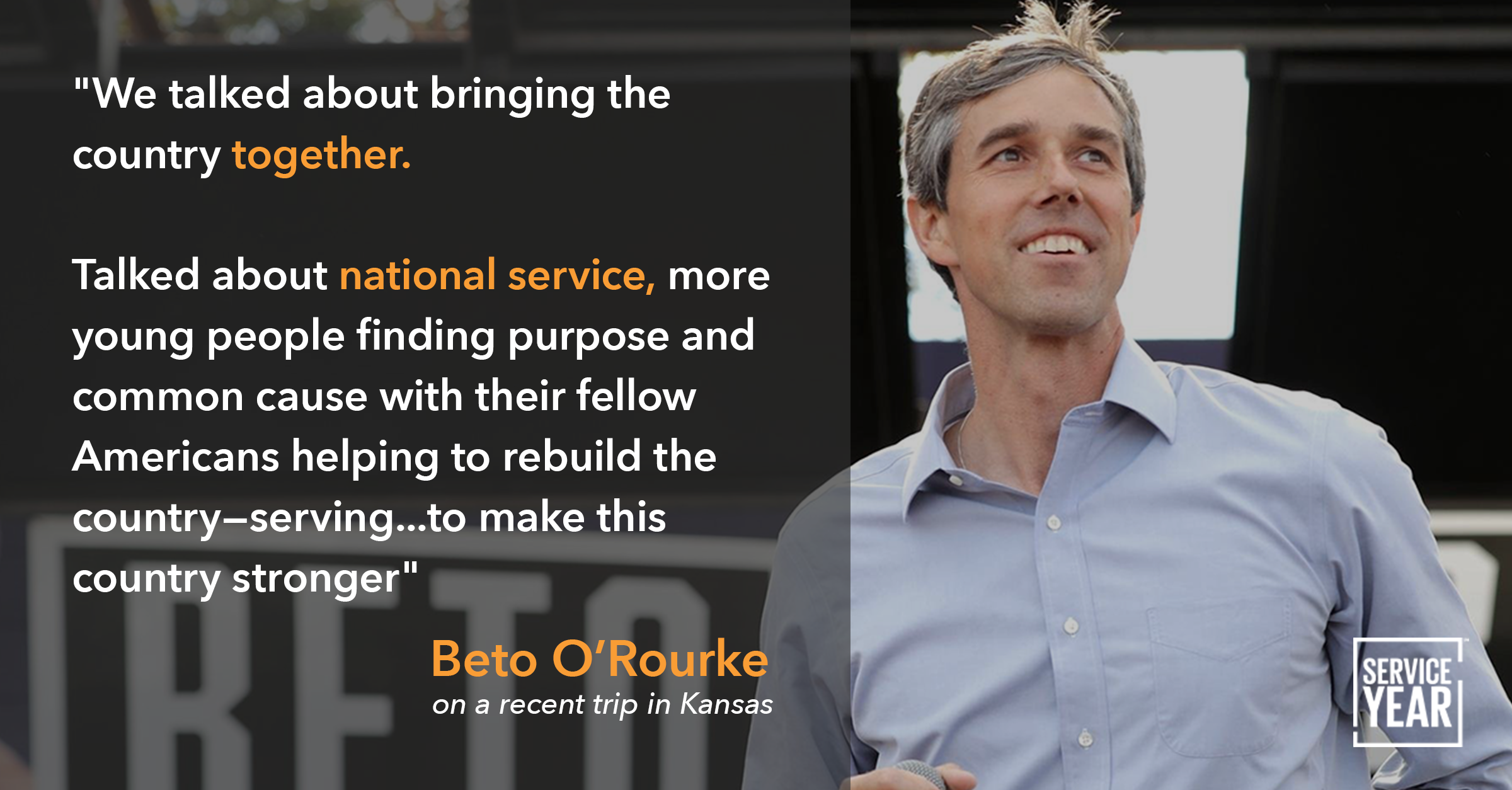 Tom Steyer has committed to making national service a priority within the first 100 days of his administration. His national service plan includes a $50 billion investment to address challenges in public health, conservation, aging, and other areas, as well as growing the number of service year positions to 1 million annually within five years. The proposal also includes an increase to living stipends and education awards for those who serve. 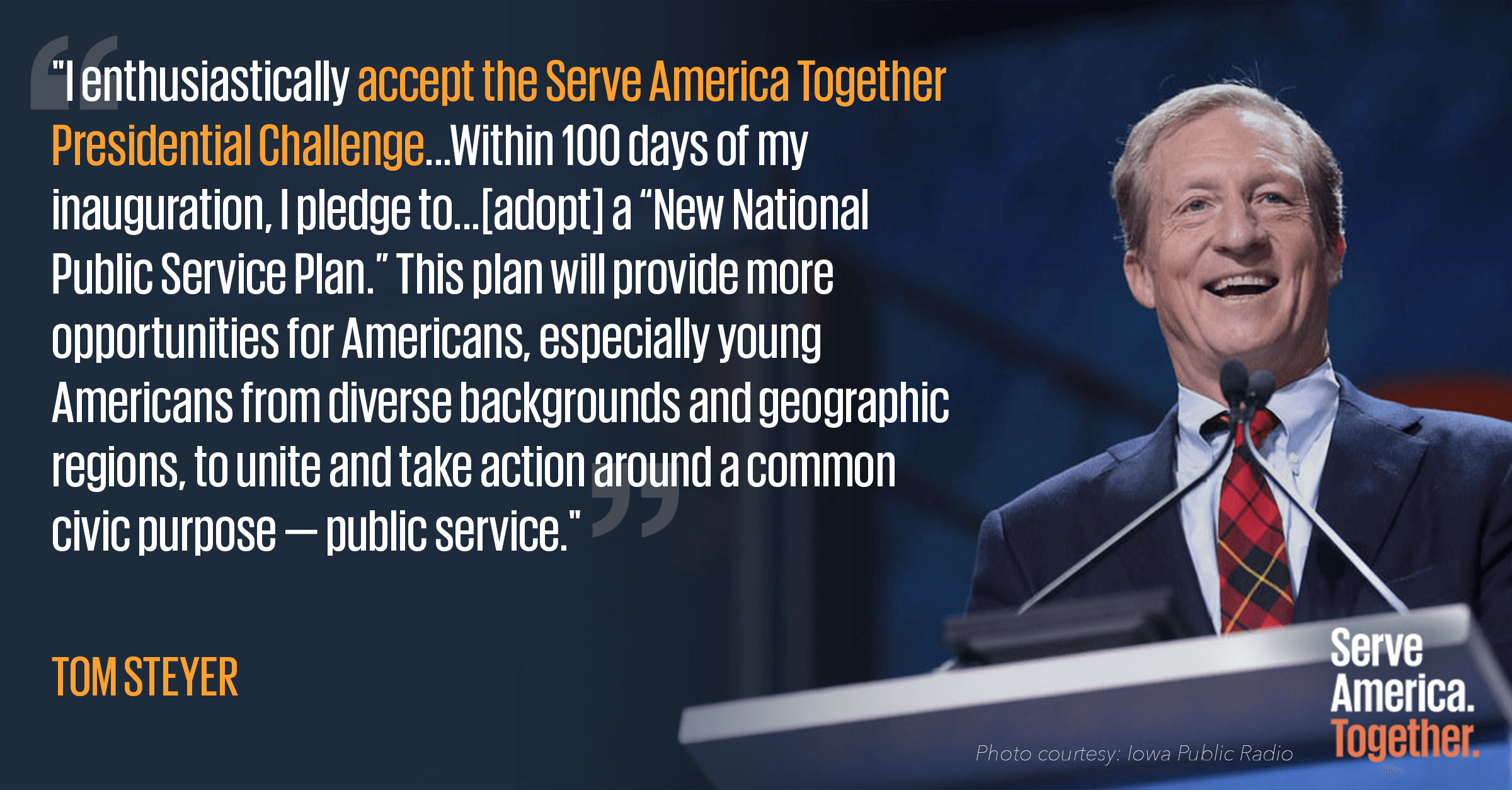 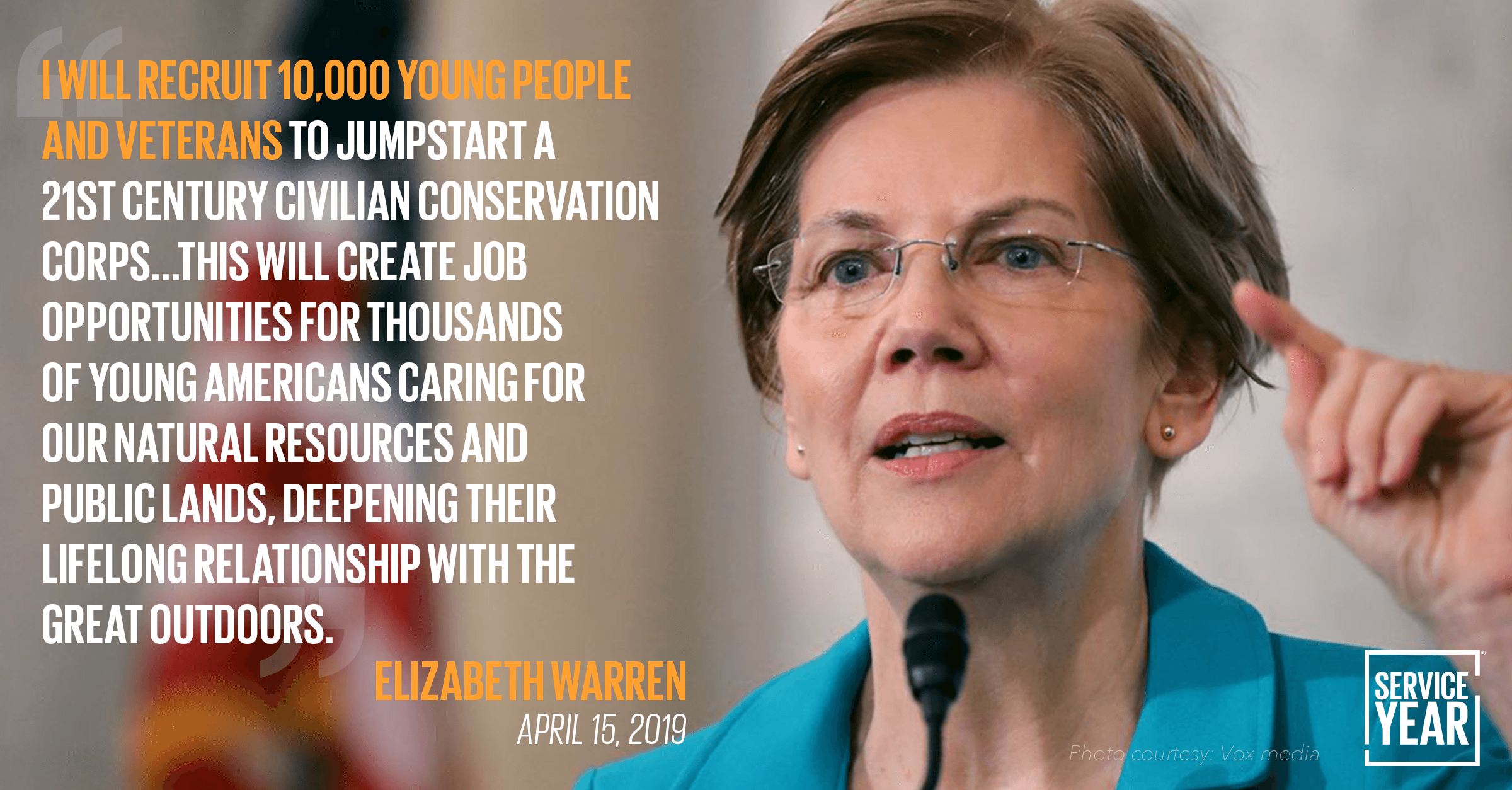 Marianne Williamson released a national service policy proposal saying, "[National service] would remind all of us that we have a stake in America and that what happens here is bigger than any one individual’s gratification or success. It would help create a sense of responsibility to the country, and to the world, that should accompany every person’s growth into adulthood." 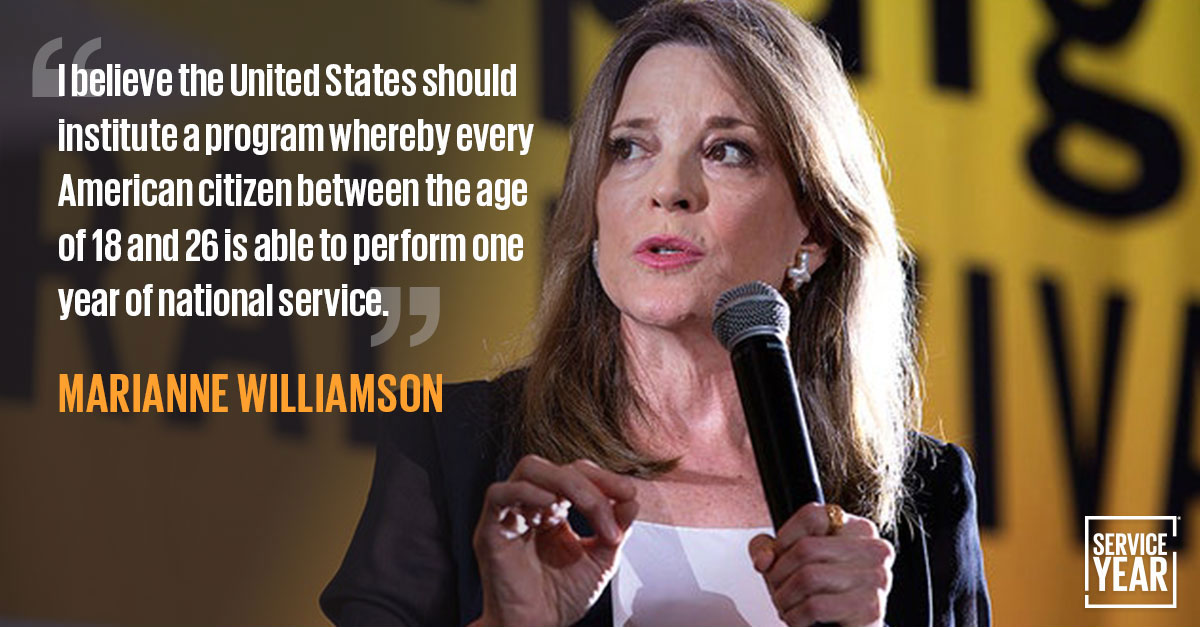 ”Every adult in America should have the opportunity to serve our country beginning when they are 17 or 18 years old and the programs should be compelling enough that service will become an expectation of most young Americans.”

On January 10, 2020, Governor Deval Patrick announced his Democracy Agenda, which includes his plan to achieve universal national service by 2030. His plan sets the US on a path for universal national service by 2030, by providing opportunities for every American to serve starting when they are 17 or 18 years old, and rewards service with tuition vouchers for two years of tuition for every year of service, up to the price of public, in-state tuition.